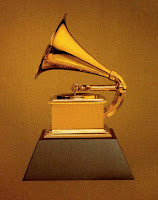 The 2012 Grammy Award nominations set to be announced next month, buzz for the industry’s most prestigious night continues to intensify.
And though the noms are undeniably the main driver of the show itself, the list of label-submissions for each category makes for a compelling read. Rumour has it and Britney Spears will get 5 Grammy nomination next month!

So, what do u think? visit Grammy.com