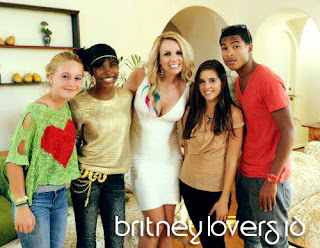 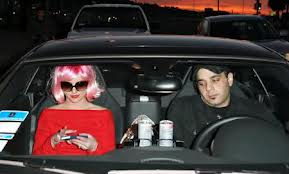 When it comes to the ongoing legal battle between Britney Spears and her former manager Sam Lutfi, E! News can confirm that the pop singer will not be taking the stand when the trial starts next week.
And here's why...
E! News has obtained the witness list for Lutfi's defamation trial against Spears and her parents, but Brit's name isn't on that list because the probate judge issued an order stating that since she is still under a conservatorship, she cannot be called to testify.
Judge Reva Goetz, who has been overseeing Spears' conservatorship since 2008, ruled that putting Britney on the stand would cause her "irreparable harm and immediate danger."
But Spears' fiancé Jason Trawick is not so lucky.
Because Trawick was recently appointed to serve as Britney's co-conservator over her person (sharing the duties with Britney's father), he will be called to testify.
Also expected to take the stand are Spears' mother, Lynne, her father, James, the custodian of records for UCLA Medical Center where Spears was briefly hospitalized, Britney's former rumored boyfriend photographer Adnan Ghalib and another X17 photographer formerly close to the star.
Lutfi filed his lawsuit against Spears in February 2009 for libel, defamation, battery, intentional infliction of emotional distress and breach of contract after the publication of Lynne Spears' book Through the Storm: A Real Story of Fame and Family in a Tabloid World, in which Lutfi alleges he was slandered.

On Glee’s second episode of the season, the group did a mash up of Britney Spears and Justin Bieber songs. This episode started off with Brittany explaining how she is the cheer captain then broke into a mash up of Britney Spears’ song “Hold it against me.”
Brittany was then told by Coach Sylvester she is off the cheer squad because her grades are not as good as they should be to stay on an extracurricular activity. She seems not that bothered by it, but she is compulsively eating, now.
Rachel and Kurt are now looking for a place to live together in New York. Kurt says he is going to apply to go to NYADA for the second semester. In the meanwhile, he is going to find a job while Rachel is still dealing with her dance professor “hating” her. Rachel now understands why she is the way she is. Kurt apparently knew of who she was. Her outbreak at a performance because an audience member had his cell phone go off during her show, explains why she is the way she is.
During a mash up of Britney Spears’ song “Boys” and Justin Bieber’s song “Boyfriend,” Brittany just got up and almost shaved her head. Mr. Schuester thinks she may be having a little trouble with accepting the fact she got held back a year because her grades were not that good. She then went out of the classroom to her locker and was bombarded by paparazzi and reenacted how Spears once went haywire on paparazzi with an umbrella.
In the meanwhile, Rachel’s professor thinks she does not have the sex appeal to be in a tango piece. She then did her rendition of Spears’ song “Oops! I did it again.” Still, her professor was not impressed and Rachel told her off about how she has a washed up career, so her professor kicked her out of the class.
Marley’s struggle with having her mother as the lunch lady continues. Students are still making fun of her, and each time she says “That’s my mother!”, yet they still don’t shut up. Her possible new beau, Jake, stood up for her and started a fight with the two guys who made fun of her mother this time.
Not entirely sure if it was a good idea for Rachel to go back and apologize for what she said because her professor does not believe in second chances. Under the school policy, Rachel only gets a warning and is back in the class.
After the pep rally at McKinley high, which Brittany was eating cheese puffs on stage during her performance, Mr. Schuester yelled at the Glee Club for lip-syncing. Lip-syncing is never accepted in Glee Club, and because the whole group was looking to help Brittany out because she is having issues lately, she walked out and quit Glee Club.
Brittany then went back in to try to get her spot back on the cheer squad and since her grades are getting back to where they should be, Ms. Sylvester let her back in. Also, Jake is now in the Glee Club, after he has a new girlfriend who made it known to Marley that she won’t be getting her man anytime soon.
Rachel is still having trouble missing Finn, and having her new possible crush on Brody there; it may be hard for her to miss Finn as much as she did.
The episode next week features actress, Sarah Jessica Parker in it. Things may start heating up between Rachel and Brody as well as student elections are underway! They may get a little more out of control than what was supposed to happen.
at 26.9.12 5 comments: 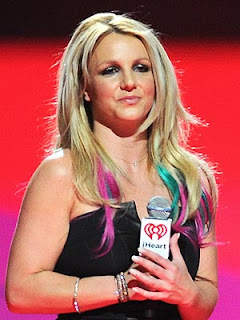 She’s gone blonde, brunette, even bald, but this is something we’ve never seen on Britney Spears before.
The pop star debuted teal, blue and hot pink tips over the weekend at the iHeartRadio Music Festival in Las Vegas. And Spears must have been happy with how her My Little Pony-inspired mane came out because she decided to stick with the look, wearing it out in Calabasas, Calif., on Monday.
We’re used to seeing this kind of bold ‘do from her X Factor co-judge Demi Lovato, but Spears has been playing it relatively safe with her strands since joining the show, sticking with her signature blonde color.
So, we’re a little surprised to see the singer sport such a funky hairstyle. That said, we have to give Spears props for trying something fresh (and having the style sense to rock her Technicolor mane with a simple LBD).