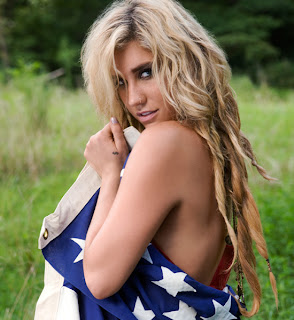 It's been a busy couple of years for America's filthiest pop gal Ke$ha. Since unleashing her worldwide breakout hit 'Tik Tok' in '09, she has gone on to release a string of boozy party hits, expanded her debut album Animal into the meatier Cannibal, and is responsible for Britney Spears's biggest worldwide hit since 'Toxic'. With her '$leazy' tour arriving in the UK this month, we phoned her up to find out what fans can expect from her live shows, as well as that all-important second album.
You wrote Britney Spears's last single 'Till The World Ends'; did you get to meet her?
"I didn't get to see her record the track, but I have met her and she's super sweet. She's the queen of pop music, so it was quite a compliment that she wanted to record it. For her to then put it out as a single is f**king amazing. That song was written specifically for Britney - I put my brain in Britney Spears land and wrote that whole song for her."

Are you going to try to get her to return the favour and appear on your album?
"Totally, I would f**king love that. She's an icon!" (Digitalspy).
at 5.7.11