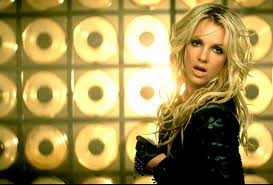 Gaga ... and Rihanna ... and Adele ... oh my! There were so many memorable pop music releases this year, it took the collective brain power of multiple AOL Music editors to round them all up. From Jessie J's infectious 'Price Tag' to Gym Class Heroes 'Stereo Hearts,' we look back and remember all the momentous musical moments that lit up the Top 40 charts. Read for a pop-tastic flashback of the year that was, and see if your favorite hits made the Top 21 countdown!

1. 'Till the World Ends,' Britney Spears

After a year of uprisings, occupations and riots, no song quite captured 2011's end-of-days vibe like Brit's biggest, boldest epic yet. Sure, the charts have been filled with similar electro bangers since Britney herself ushered in pop's rave-ival during her 'Blackout' days, but 'Til The World Ends' outshines 'em with the sinister euphoria of an exploding sun. And yes, it was better than the remix. -- Joshua Ostroff