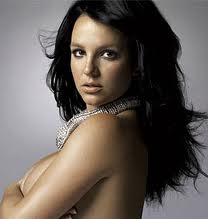 Britney Spears has helped Beyoncé pregnancy advice. When asked if she had any advice for the expecting star, the 'I Wanna Go' singer suggested that the 30-year-old "treasure the moments", insisting that her own children have grown up too fast for her.

"Just embrace it fully. And just to... do whatever you want to do," Spears told MTV News.

She continued: "If you want to take two or three years off... because, you know, they grow so fast; it happens so fast. Just treasure the moments. Spears went on to speak about her plans for the future, revealing that she hopes to try her hand at making movies once again.

"I'm on tour for a while... for like another two or three months, and then next year I'm going to adventure and try to do movies and stuff," Spears said.

Beyoncé announced that she is expecting her first child with husband Jay-Z while performing at the MTV Video Music Awards in August. The singer has since described the pregnancy as an "incredible gift", claiming that she is "the happiest [she has] ever been".