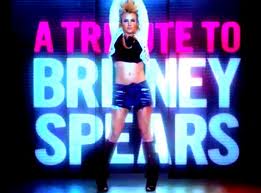 David Edgar, of 96.1 KISS-FM radio, first met Britney Spears when she was just a 15-year-old girl who came to Pittsburgh with her family to promote her upcoming debut song, "... Baby One More Time."
Spears, who had dinner with Edgar at the Bravo! Cucina Italiana on McKnight Road in Ross, was one of many aspiring stars who meet him every year, hoping for radio exposure. Spears seemed a bit shy and intimidated by the limelight, while her parents seemed eager to get their daughter's career rolling after her stint in "The Mickey Mouse Club." It was hard for Edgar to tell whether Spears would be one of the singers who would become famous.
"I remember thinking, 'She's like a 15-year-old girl' -- and she was," says Edgar, operations manager for Clear Channel Media and Entertainment in Pittsburgh, which owns KISS-FM. "It was like the adults were talking and she was doing her own thing.
"Very quickly after that, anytime I ever met her, she was a complete pro in terms of meeting people and being pleasant and nice," Edgar says. "She's come a long way since then, that's for sure."
The now 29-year-old Spears, who since has sold about 67 million albums, is bringing her "Femme Fatale" tour, based on her seventh studio album, to Consol Energy Center on Friday.
The "Femme Fatale" album came out in the spring, and includes the current hit "I Wanna Go." The album, which has received many positive reviews, follows her "Circus" album in 2009. "Circus" represented Spears' comeback after her highly publicized breakdown, after a messy divorce from husband Kevin Federline, substance abuse, emotional meltdowns and the loss of custody of her two sons, Sean and Jayden.
With many loyal fans during the years, and a notable effort to rebuild her life, Spears is no Lindsay Lohan, and has many successful years ahead of her, Edgar says.
"She went through a bad patch," he says. "Unfortunately, for stars of her level, it's very public.
"It seems like Britney has put it back together again," Edgar says.
The "Femme Fatale" tour has had its rough patches, too. Many reviewers panned the concerts, saying that Spears just wasn't singing and performing that well. Many mid-price tickets, also, have been offered through Groupon. Yet, Gary Bongiovanni, editor of pollstar.com, says that most of the shows still have been relatively full.
Spears, a survivor, truly is making a strong comeback, Bongiovanni says.
"Personally, she's already doing better than I expected," he says. "She was off the scene for so long. She had almost become more of a tabloid star than a music star.
"Any time an artist disappears ... you never really know, until they come back, what the response is going to be," Bongiovanni says.
Read more: Britney Spears' comeback continues - Pittsburgh Tribune-Review http://www.pittsburghlive.com/x/pittsburghtrib/ae/music/s_751998.html#ixzz1VLamHshH
Here's the rundown of this mysterious document of what's said to be an eight-minute sequence...
00:20: Intro Video (ft. Inside Out/Mickey Mouse Club Theme)
01:10: …Baby One More Time (Selena Gomez)
00:55: I’m A Slave 4 U (Miley Cyrus)
00:45: Toxic (Demi Lovato)
01:00: 3 (Selena/Miley/Demi)
01:15: Hold It Against Me (Katy Perry/Rihanna)
00:25: Till The World Ends-Rap Verse (Nicki Minaj)
00:15: Till The World Ends-Acapella (Britney Spears)
02:35: (Drop Dead) Beautiful (Britney Spears ft. Sabi)
Selena Gomez will be performing Baby One More Time, Perry will sing Oops! I Did It Again, Janet Jackson is to tackle I'm A Slave 4 U, Demi Lovato will sing Toxic, Ke$ha and Nicki Minaj are thought to be performing a duet of Gimme More, Lady Gaga will take on Circus and Spears will perform a mash-up of Hold It Against Me/I Wanna Go. Madonna will then apparently present Spears with a Lifetime Achievement award.
Spears has been nominated in the 'Best Pop Video' and 'Best Choreography' categories for her single 'Till The World Ends'.
at 18.8.11